The best way to settle this debate is to look at the three organizing models provided by America’s actually existing third-party efforts.

The single best example of how working within the Democratic Party furthered rather than sabotaged independent or third-party politics is the Vermont Progressive Party. The VPP was created by fusing the progressive wing of Vermont’s Democratic Party and the Burlington-based Progressive Coalition after the two forces worked closely together on Jesse Jackson’s 1988 presidential campaign. This collaboration was led by then-mayor of Burlington Bernie Sanders who caucused in the 1988 Democratic primary for Jackson and helped him carry the nearly all-white state of Vermont.

The VPP’s approach to the Democratic Party is flexible rather than rigid. The VPP (like its Progressive Coalition ancestor) regularly defeat Democratic candidates but after the Vermont lieutenant gubernatorial election of 2002, the VPP decided not to run against Democrats in certain situations. The reason? In that election, the VPP’s Anthony Pollina won 25% of the vote, the Democrat Peter Shumlin won 32% of the vote, and the Republican Brian Dubie won 41% of the vote and became lieutenant governor. So even though the majority of the electorate voted for a liberal or left-wing candidate, the Republican won because of America’s single plurality or first-past-the-post voting system.

After that experience, the VPP decided — rightly — that it would never again  help rightists get elected by splitting the left-liberal vote and so they adopted a fusion strategy of endorsing progressives some of whom might be running on the Democratic ticket and some of whom might not. In 2014, the VPP extracted a promise from candidate Shumlin that as governor he would work to create a single-payer health care system for the state; in exchange, the VPP would refrain from running against him in the gubernatorial election. Shumlin quickly broke that promise once he was elected and discovered that state taxes would have to double to finance a single-payer health care system.

What was remarkable about this situation was not Shumlin’s predictable betrayal but the fact that the VPP had the power and clout to strike such a deal in the first place since the party only has six out of 150 seats in Vermont’s House of Representatives and three out of 30 seats in the state Senate. Being able to field a candidate that could potentially command 25% or more of the vote gave the VPP significant bargaining power. And despite their slim ranks in both houses, VPP members chair committees in the state legislature, allowing them to shape and control the legislative process for the benefit of working people instead of special interests and well-heeled lobbyists. Furthermore, the VPP continues to dominate local politics in Burlington long after mayor Sanders moved on to bigger and better things.

The point is this: the VPP punches above its weight in state politics and would not be doing so were it not for the merger of the 1988 Jackson campaign in Vermont with the Progressive Coalition.

The second major example worth studying is the Working Families Party (WFP). Operating in half a dozen states, the WFP runs candidates against Democrats only rarely, preferring instead to work within the Democratic Party to ensure that progressives defeat conservatives (or Blue Dogs) in Democratic primaries first before going on to defeat Republican candidates in general elections. WFP is best understood as a party within a party; if VPP has an outside strategy for dealing with the Democratic Party, the WFP has an inside-outside strategy that rarely goes outside.

The second important thing to note about this party within a party is that it is strongly union-backed, perhaps even union-dominated. Most of WFP’s money comes from unions and small donors and unions also provide personnel for the WFP’s unusually large campaign staff.

So not only is WFP a party within a party, it functions as a labor party within a capitalist party. (Seemingly illogical contradictions like that should neither confuse nor outrage any self-proclaimed Marxist.)

The results of WFP’s mostly inside strategy speak for themselves:

“Starting from the most marginal position in American politics—that of a third party—the WFP has amassed the power to turn [its] ideas into law in New York and Connecticut. Recently, it persuaded the Oregon Legislature to enact a proposal that would drastically reduce student debt….

“As early as 2010, the party began looking at potential candidates for the 2013 [New York] city council races, eventually choosing and training candidates for 13 seats. The candidates waged their campaigns on the party’s signature issues: eliminating the police practice of targeting young minority men for ‘stop and frisk,’ and increasing wages for fast-food workers. Some faced opponents backed by the city’s real-estate lobby, fearful that the new council and mayor might enact an inclusionary zoning ordinance. In all, the city’s real-estate industry spent $7 million on the council races, with virtually nothing to show for their effort. 12 of the WFP’s 13 candidates won.”

WFP is a force to be reckoned with in New York City politics since it enjoys close ties to the mayor Bill De Blasio, public advocate Letitia James, city comptroller Scott stringer, and the city council’s 19-member progressive caucus (the council has 51 seats, 47 of them are in the hands of Democrats and 4 of them belong to Republicans). The raft of progressive legislation enacted during De Blasio’s first year in office was the product of  WFP’s vast influence and years of hard work both at the grassroots level and at the ballot box.

If the VPP and the WFP are stories of modest success, then the Green Party is a story of unmitigated failure. After two decades of effort, the Green Party has never elected a Congressman nor a Senator, it currently has no state-level officeholders, and 64 out of 67 of its local officeholders are located in one state, California. The Green Party is for all intents and purposes a one-state party, but unlike the VPP wields no meaningful influence on their state’s politics.

The Green Party’s watershed achievement in the national political arena was getting Republican warmonger George W. Bush elected in 2000 when Green Party candidate Ralph Nader split the left-liberal majority vote in close states like Florida and New Hampshire. Rather than learn from this colossal world-historic mistake, the Green Party continued to run presidential candidates with zero chance of winning and the result was the collapse of their electoral support from a high of almost 3% to mere fractions of 1%:

Like the Green Party, it seems Finger has learned nothing from the disaster of the 2000 presidential election given what he says about the necessity of splitting the left-liberal vote again in 2016 to hand Republican Donald Trump the presidency:

“We have to face the fact that a new independent progressive party, by splitting the anti-Trump vote [in 2016], may turn out in one election, to bring about a Republican victory. It is not our goal, but it may be an unavoidable stage in the development of independent politics.”

As the Green Party’s recent presidential election returns prove, bringing about a Republican victory in 2000 was such a ‘yooj’ defeat for independent politics that the Green Party still has not recovered almost two decades later. How repeating this disaster today with an even weaker Green Party will yield better results this time around has yet to be explained by Finger.

The experiences of the VPP, WFP, and the Green Party all directly and indirectly vindicate the sophisticated arguments advanced by Schulman and DSA regarding the Democratic Party. Finger’s monochromatic depiction of the Democratic Party as an arena with absolutely no room for effective struggle by progressive forces would be absolutely accurate if he were writing in 1916 and not 2016. Sanders today is on track to lose the nomination fight with Clinton not because of rigged elections nor superdelegate subversion but because he has failed to expand his coalition beyond young voters.

Complaining that the Democratic Party deck is stacked against us as socialists is not a profound strategic insight — every deck is stacked against socialists under capitalism, no matter what organizing strategy we choose. The question is how best to take advantage of the unfavorable hand we have been dealt by history and by circumstance in any given situation to advance the interests of the oppressed and exploited? 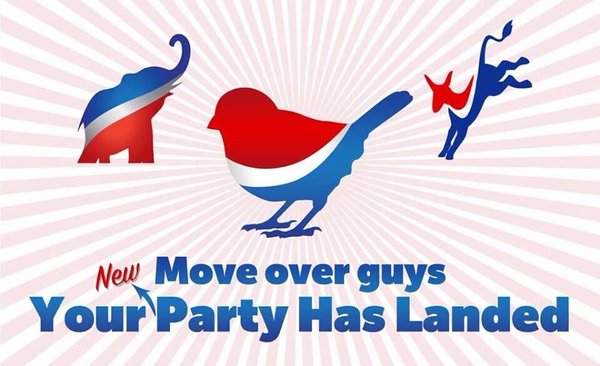 Sanders seized an unbelievably slim but nonetheless real chance to become president to politically mobilize millions of Americans under the banner of democratic socialism. In doing so, he forced the political mainstream to grapple with the term ‘socialism‘ as well as address questions of class and class power in a way that even Eugene V. Debs was unable to do at the peak of his influence. Unbelievably, Sanders has even out-raised and out-spent Clinton. None of this would have happened if Sanders had followed the counsel of Finger and Socialist Alternative and run outside the Democratic Party given that left-of-Democratic Party forces in 2016 are too weak, too divided, too dysfunctional, and too broke to effectively compete against the two major parties for governorships and U.S. Senate seats much less the presidency.

What the anti-Sanders left — which is a fringe of a fringe — fails to grasp is that it is their weakness and political irrelevance that guarantees progressive electoral efforts will continue to occur within the Democratic Party rather than outside of it. The only way to change the extremely unfavorable strategic landscape confronting progressive candidates is to build viable, effective VPP-style parties in the remaining 49 states, an ambitious project that will take 1-2 decades at minimum judging by the VPP’s experience. Until such parties are built throughout the country, socialists should — with the aim of creating VPP-style parties in the future — work independently or through third parties where we can and through the Democratic Party where we must depending on local conditions and circumstances. Concretely, that means working outside the Democratic Party to elect Socialist Alternative’s Kshama Sawant and Ty Moore and inside the Democratic Party to elect Bernie Sanders, the late Chokwe Lumumba, and Debbie Medina. Fortunately, there are no superdelegates to impede such efforts at the state and local level, so it remains to be seen how Finger and his co-thinkers will justify their opposition to this ‘Berniecrat’ strategy.