Hillary Clinton’s surprise defeat in the 2016 presidential election at the hands of Donald Trump has led to much weeping and gnashing of teeth among liberals and progressives alike. Arguments that 60 million Trump voters are deplorables — irredeemable racists, misogynists, pussy-grabbing Muslim-hating fascist bigots — are really a back-handed way of saying two things:

Such arguments ignore the mountain of evidence that it was Barack Obama voters who elected Trump. Just look at these maps. 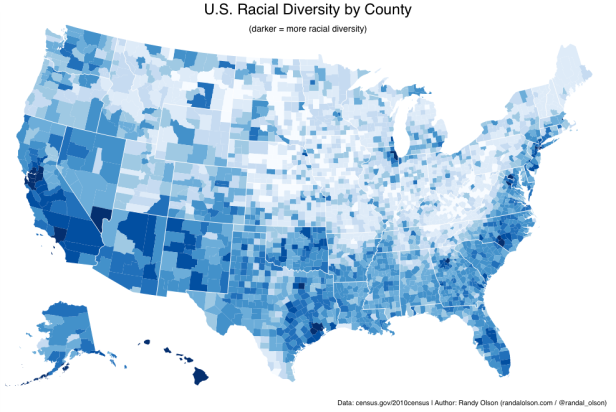 The Democratic Party establishment tried to make the 2016 presidential election a referendum on Donald Trump because there was simply no other way to sell Hillary Clinton.

Donald Trump unquestionably represented change. He was completely unlike any other major party presidential candidate in modern American history. Trump broke with not only every presidential precedent but with basic norms of human decency; he couldn’t stop saying outrageous things; he relished being attacked 24 hours a day by the corporate media’s 24-hour news networks; instead of uniting his party after the convention, he continued to attack it all throughout the general election; he promised to drain the swamp of lobbyists and corruption in Washington, D.C. and put ‘America first‘ on foreign policy. His stands on issues broke with the sacred orthodoxies of both parties as well as the traditional liberal/conservative divide: he vowed to ‘build the wall and make Mexico pay for it,’ bring back jobs, teach the generals how to defeat the Islamic State, make nice with Russia, lower taxes, spend $1 trillion on infrastructure, defend Social Security, crack down on crime in inner cities, repeal and replace Obamacare with better, cheaper, and more expansive coverage, among many, many other things.

If you want to know why white Obama voters became ‘deplorables’ and voted for change in this election, study the deplorable conditions they face in their daily lives and ask yourself: would vote enthusiastically for thing to stay the same if you were in their shoes?

“Education, particularly college, is less attainable to those living in rural areas. 64% of young people in rural areas attend college, compared to the 70% of students who attend universities in metro areas. 47% of these small town students who end up attending college only go for a two-year degree, while only 38% of urban students attain only a two-year degree.  And, when these students do fight the odds and attend a university, they don’t come back to their place of origin due to the lack of jobs.

“Rural Americans also suffer from a lower life expectancy. Those living in Appalachia regions, in particular, have a life expectancy that is declining at a rate that is worse than anywhere else in the USA. Those living in rural America are more likely to suffer from depression. Alcohol and substance abuse  is prevalent in rural America and 25.9% of those entering rehab for addictions are between the ages of 12-17.  The chronic pain that comes from vocations such as mining has caused the heroin epidemic sweeping small towns.

“The most well-known ailment of the rural Appalachian mountain region is Mountain dew mouth, which is the rotting of teeth caused by an overconsumption of Mountain Dew. This soda is prevalent in Appalachian culture because it’s cheaper than milk, Mountain Dew originated in the Appalachian region and the water in these areas is often too polluted to drink.  In extreme cases, mothers have even been documented feeding their babies Mountain Dew out of bottles.

“Those living in rural America don’t even have access to many of the same services those living in urban America do. This includes health services, like clinics and hospitals, and social services.”

“What the hell do you have to lose?” is how Trump put it. Indeed.

The Democratic Party under a Trump administration faces an existential choice:

Thankfully the Clinton dynasty is dead and the political revolution’s takeover of the Democratic Party is just beginning.