Anyone who thinks Donald Trump cannot defeat Hillary Clinton to become president of the United States needs to wake the fuck up. This is not to suggest that he will defeat her — it’s far too early in the general election cycle to predict the ultimate outcome of a six-month battle for the hearts and minds of the American electorate.

For two of those six months, the Democratic primary will rage on.

The Democratic National Convention in Philadelphia at the end of July is guaranteed to look more like the Nevada state Democratic convention than the 2008 lovefest that nominated Obama because the conflict between Sanders and Clinton at bottom is a class struggle that has pit the party’s future against the party’s past. Clinton can certainly win that fight but only at the cost of destroying the party’s future. She will emerge from a historically ugly and divided convention fatally damaged and lacks both the skill and the inclinations needed to pull Sanders supporters and their enthusiasm behind her and simultaneously confront a united Republican steamroller headed by Trump.

Sanders as the Democratic presidential nominee is the surest, safest bet against a Trump administration. The stakes in this election are too high to make a risky bet on Hillary Clinton. 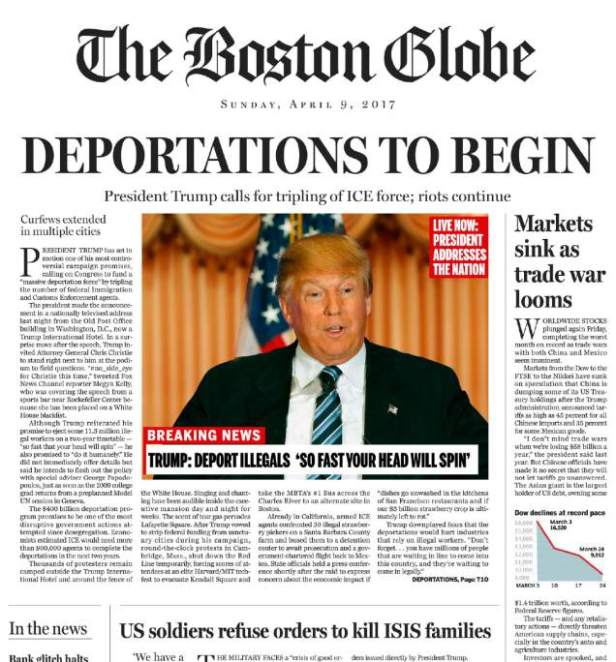 2 thoughts on “All Eyes on Trump”