Since most American socialist organizations refuse to support the Eugene Debs of our time on the grounds that Bernie Sanders was not born in Terre Haute, Indiana on November 5, 1855 to Jean Daniel and Marguerite Mari Bettrich Debs, clearly we need a Marxist translator a la Obama’s anger translator for all the so-called Marxists who cannot comprehend in class-struggle terms what Sanders says on the stump. 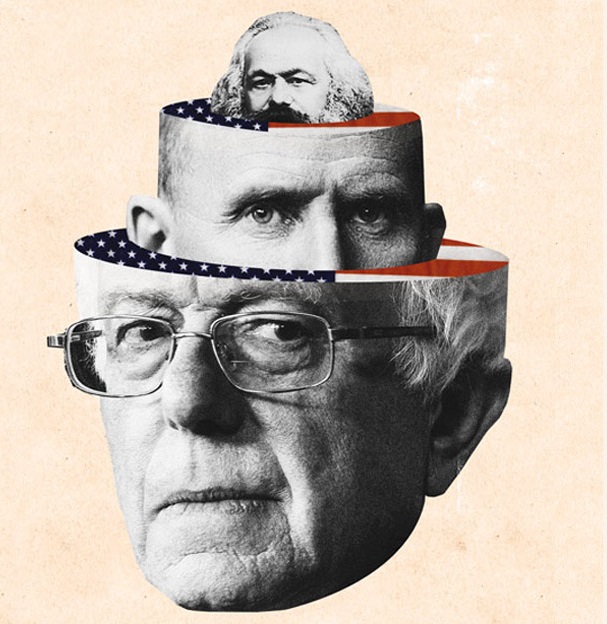 Translation: Workers of the world, unite! You have nothing to lose but your chains.

Sanders says: “I can’t do it alone. … Don’t just vote for me. I appreciate your vote [but] you’ve got to be with me the day after the election because there are some very powerful people and institutions we have got to take on.”

Translation: The class struggle doesn’t end on election day. We have to keep fighting after the polls close, regardless of whether I’m elected president or not.

Sanders says: The billionaire class cannot continue to send jobs overseas when millions of Americans need jobs. You can’t have it all!

Translation: The amount of surplus value extorted by the big bourgeoisie from the proletariat cannot be allowed to continually grow.

Sanders says: “American democracy is not about billionaires being able to buy candidates and elections. It is not about the Koch brothers, Sheldon Adelson and other incredibly wealthy individuals spending billions of dollars to elect candidates who will make the rich richer and everyone else poorer. According to media reports the Koch brothers alone, one family, will spend more money in this election cycle than either the Democratic or Republican parties. This is not democracy. This is oligarchy.”

Translation: “[T]he first step in the revolution by the working class is to raise the proletariat to the position of ruling class, to win the battle of democracy.”

Sanders says: “In recent years, over 99 percent of all new income generated in the economy has gone to the top 1 percent.”

Translation: The rate of exploitation (s/v) is rising exponentially.

Sanders says: “If you were to ask me what his major mistake has been, it’s that he thought that after putting together this extraordinary grassroots movement of young people, minorities and working-class people and getting elected to the presidency, then he thought he could sit down with the Republicans and negotiate all these agreements. He was mistaken.”

Translation: I am what Barack Obama pretended to be in 2008 — an outsider ready, willing, and able to rock the Beltway establishment. Alternate Translation: Barack Obama is a liberal; I am a socialist.