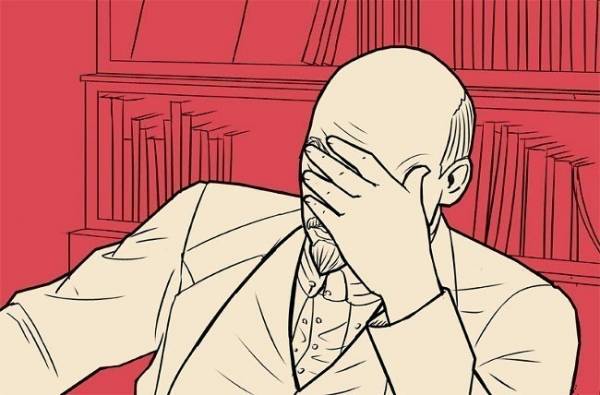 If Solidarity’s “An Open Letter to Bernie Sanders Supporters” is indicative of the group’s approach to the Bernie Sanders 2016 presidential campaign, then the work they are trying to undertake is in big trouble. Solidarity’s letter informs us — the unwashed unenlightened ignoramuses who support Sanders — that:

“… there’s a gaping hole in Sanders’ program for economic and social justice: his platform does not talk about what’s called ‘foreign policy’–war and peace, military spending, the vast global network of U.S. bases, the infamous Guantanamo detention center, Palestine and Israel, or the refugee crisis from the horrific wars in the Middle East. These are not abstractions, but life-and-death issues for millions of people–and absolutely fundamental for the hopes of a ‘political revolution’ and mass ‘grassroots movement’ that Bernie Sanders calls for.”

No Sanders supporter will recognize Solidarity’s description of Sanders’ program thanks to the grassroots-created website FeelTheBern.org whose foreign policy section is both comprehensive in terms of the issues it covers and in terms of historical and political depth. The section on Sanders’ stance on Israel/Palestine is a few pages long and contains an embedded YouTube video that provides a crash course on the conflict for people who know little to nothing about it.

The fact that Solidarity could write the above lines shows just how removed from the reality of the campaign and its supporters (us) they really are.

To top it off, Solidarity puts forward a pseudo-Marxist analysis of why the Sanders campaign website lacks a foreign policy section:

“So why the total silence on these issues on Sanders’ presidential campaign website? There is no reason to imagine that he has personally changed his views. Rather, we have to assume that the issues of the permanent war machine and U.S. military interventions are not what he wants to fight around in his campaign. Somehow, perhaps they are ‘divisive’ and would divert attention from his calls for economic justice within the Democratic Party primary.

“By choosing to run as a Democratic and not an independent, Sanders is now trapped in the framework of this capitalist party, which is heavily influenced by the military-industrial complex and a belief in the destiny of the US as the world’s number one imperialist power. Bernie’s silence forces us to assume that his policy, with a few variations, is fundamentally a continuation of that of Barack Obama and his Secretaries of State Hillary Clinton and John Kerry. What few statements he has made, for example about ‘carefully’ continuing drone warfare, don’t contradict this assumption.

“Sanders’ silence is a betrayal of humanitarian principle, and is in total contradiction with the objective of building an economy that meets human needs. Bernie Sanders’ supporters should not accept this silence. Let Bernie know that opposition to the deadly excesses of the U.S. war machine is an integral part of the political revolution we all want.”

So according to Solidarity, the reason Sanders doesn’t yet have a foreign policy section on his website is because … Sanders sold out to the evil capitalist conspiracy by running in the Democratic Party’s presidential primary.

The real reason Sanders doesn’t yet have a section on foreign policy on his website is because his campaign’s explosion in popularity has outpaced his existing organizational infrastructure by several orders of magnitude. How do we know this? Did we have to consult the pages of Marx’s Das Kapital for this keen insight? No — just listen to what Sanders actually said to the Des Moines Register editorial board below (he actually apologized for not having that part of his website developed).

Solidarity’s open letter to Sanders supporters is like playing a funeral dirge at a wedding — hilariously off-base and wildly inappropriate, especially given that Solidarity will never ever ever endorse Sanders for president so long as he’s running on the Democratic Party ticket no matter how radical his foreign policy stance is.

3 thoughts on “An Open Letter to Solidarity from a Socialist, Feminist, Anti-Racist Sanders Supporter”